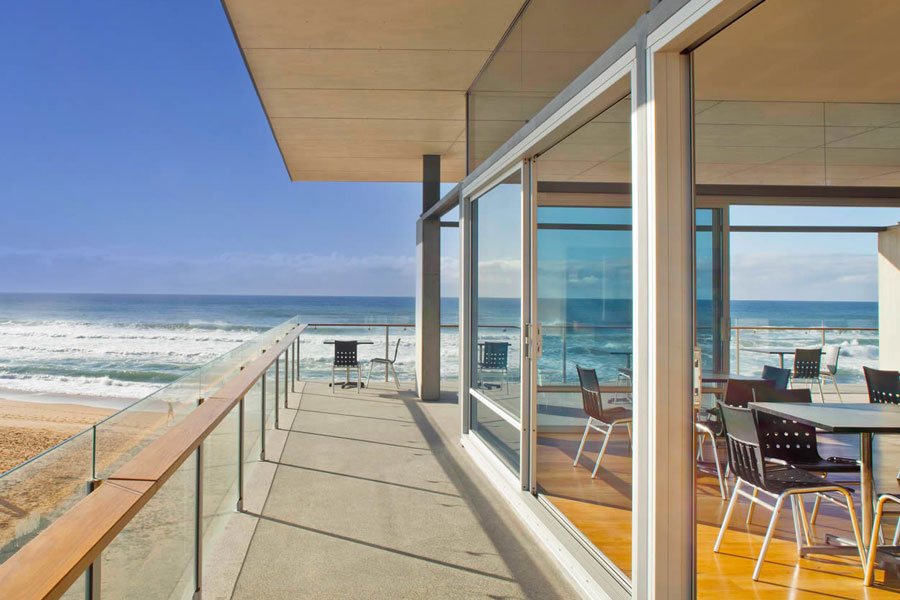 Overlooking one of Sydney’s most picturesque beaches, the Avalon Beach Surf Life Saving Clubhouse had withstood the ravages of time and tide since 1933. In 2006 the badly weathered club-house was in desperate need of rescue and eight years later with the inspiration of architects Richard Cole and Robert Hopton who are also club members, a remarkable new home to more than 1000 club members and countless community groups has been transformed.

Key considerations in the design of the club-house included flexibility of use, thermal and acoustic performance, ventilation and ongoing maintenance. The use of large sliding and stacking ALSPEC ProGlide Commercial Sliding Doors combined with Viridian SmartGlass provided the perfect mix of performance and function for this application.

Discussing the performance of the ALSPEC ProGlide Commercial Sliding Doors, Richard Cole says, “There’s quite a few large panels that might need to be quickly opened up or closed right down. Some of these present as a big stack of doors. We haven’t had any issue with their operation. If it is quite windy we crack the open to get a little bit of airflow. They’ve been working very well. A surf club has to be robust because of the environment and very high usage. You need simple, straightforward systems that work well.”

Would noise of the surf entering the building pose any problem? “We haven’t found that to be a problem,” explains Richard, “the sound of the ocean is quite soothing and it’s not in any way intrusive or overwhelming. When the doors are closed the sound of the surf is remarkably baffled.”

The switch to acoustic and thermal performance in both the ALSPEC framing and Viridian glazing was instrumental in the Avalon Surf Life saving Club making the most of its pivotal position as a social and sporting hub.

More information on the glazing can be found at: http://www.viridianglass.com/Case_Studies/vision/default.aspx 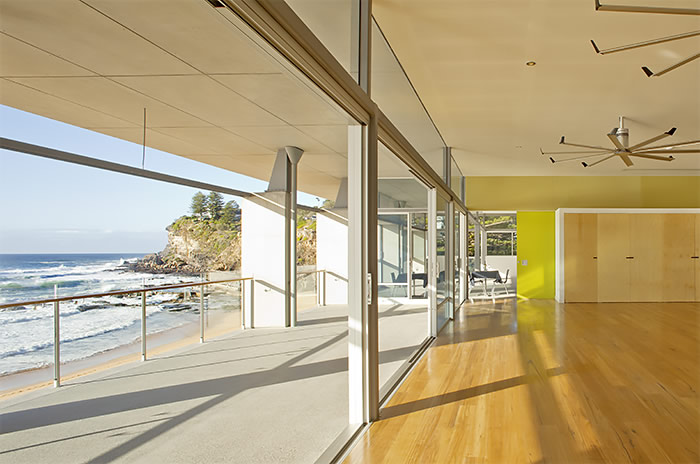 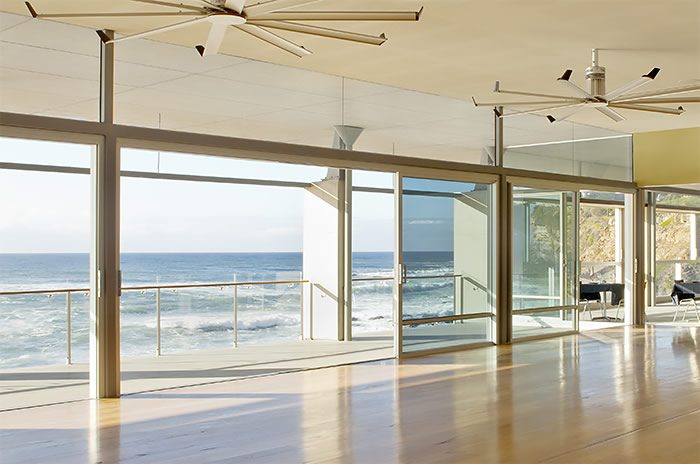 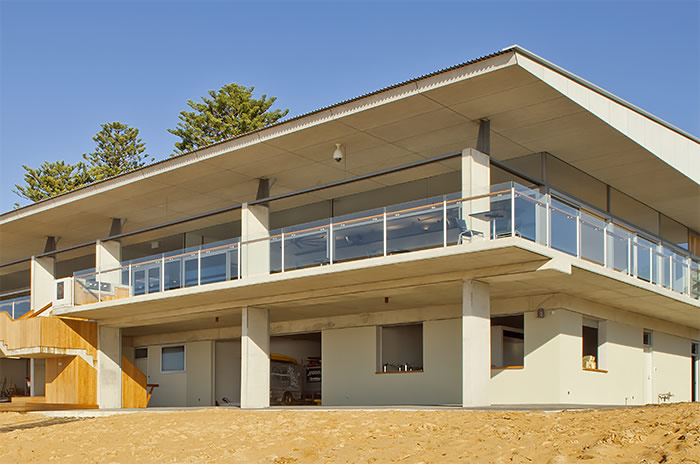